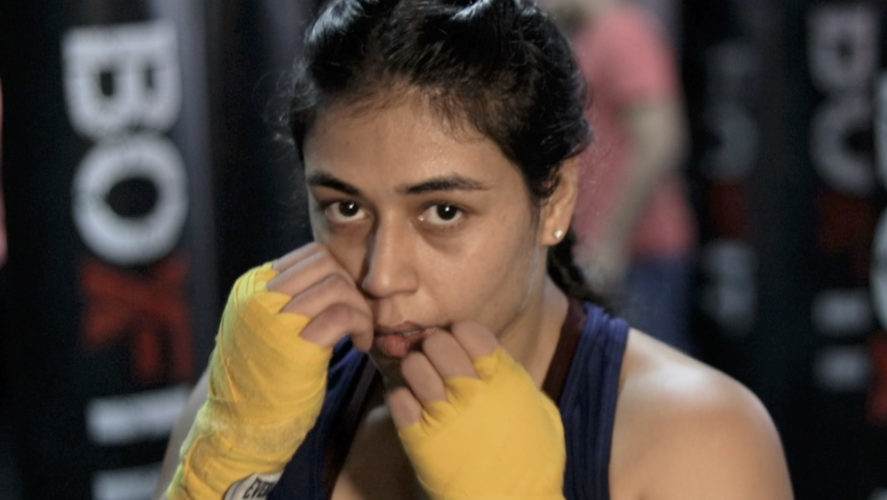 Have you ever really felt like kicking somebody’s ass, especially someone who deserved it big time? But alas, you couldn’t because you’re either too shy or too tame or too scared to pull off something like that?

Well, we recently interacted with Mahima Sareen who is really a fireball in the guise of a woman and she isn’t sorry to kick anybody’s ass. In fact, she would especially kick yours if you tell her that boxing is a man’s sport.

Mahima says, “I believe I’m able to do everything that a man can which includes kicking someone’s ass.” People like Mahima Sareen strike you like a breath of fresh air on a hot summer day and take you by surprise in their passion for their not-so-cliche career choices that are breaking stereotypes and archetypical gender roles all at once.

Boxing for Mahima is not just about kicking ass, but it’s also about breaking stereotypes and empowering herself to such a degree that she gives herself the strength and the ability to do something that is traditionally considered to be a male sport.

This is not just Mahima’s story. Thousands of women all across the world are constantly working to break gender roles and glass ceilings everywhere, rising through the ranks and earning their respective positions in the jobs they hold. All of this is not because of any concessions that have been given to them. Rather, it’s because of constant, strenuous efforts and hard work.

Success stories aren’t made overnight, especially those of women who are trying out their luck in a profession traditionally dominated by men. So, kudos to all the women who are slaying in their career space out there! And kudos to Mahima Sareen as well for ace-ing as a female boxer.

We’re with you because you know who runs the world and why should boys have all the fun after all?