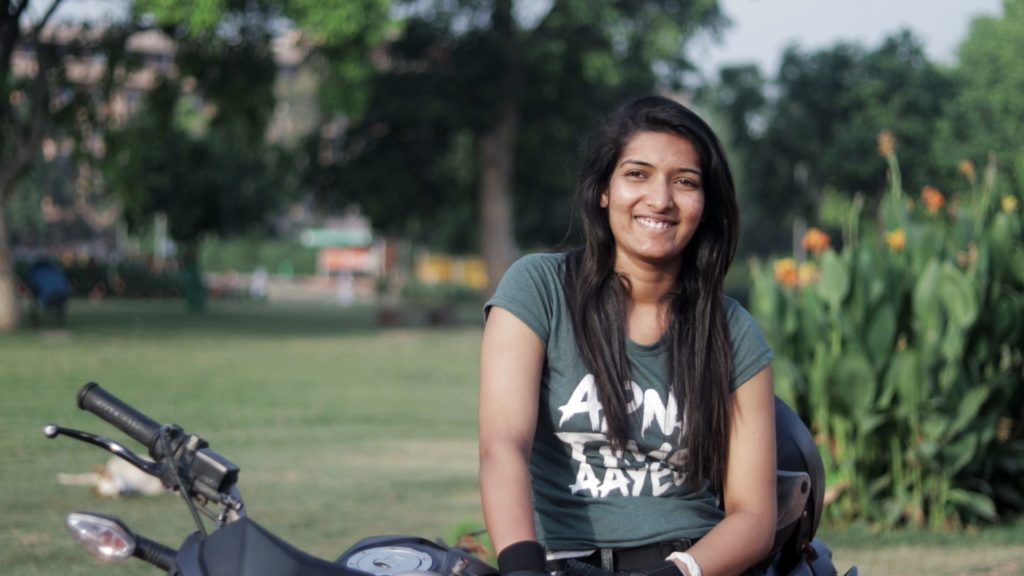 Long bike rides in monsoon with pit stops for chai and pakoras! Sounds great, doesn’t it? Not only do you get to eat awesome snacks but you also get to get drenched in the rain. With the wind blowing through your hair and the breeze gently kissing your face, you feel like you’re invincible and have finally been set free from all the shackles of the world. You’re ready to rule now!

Maybe this is the feeling that Anam was referring to when she was talking to us.

Maybe this is the feeling that Anam was referring to when she was talking to us.

Yes, her father disagreed with the idea of her riding a bike initially. But that didn’t stop her from being the person that she is and creating her own personal identity according to her wishes. Initially, a lot of sneaking around was involved. In her very initial days of riding a bike, she used to tell her folks at home that she was going out for a walk and that used to be her cover for going out and riding a bike. Later she also started going out and taking her niece to and fro the school.

On her way back, her neighbors would also gasp at the fact that she, being a woman was riding a bike and that too, with more than enough mojo. It made her feel good and kept her going and she kept pursuing her passion for riding bikes in secrecy.

So the next time you go out for a long bike ride in the rain, remember that this is what Anam feels on an everyday basis, well, minus the rain and maybe the pakoras! But you know what we mean… she gets to taste freedom, every day!